In conjunction with the newly established Lien Research Programme on the Belt and Road Initiative, Nanyang Centre for Public Administration (NCPA) of Nanyang Technological University, Singapore (NTU), organised a conference entitled "Singapore as a Nexus of the Maritime Silk Road: Knowledge Exchanges and Capacity Building" on 7 & 8 December 2018, at Grand Hyatt Singapore. 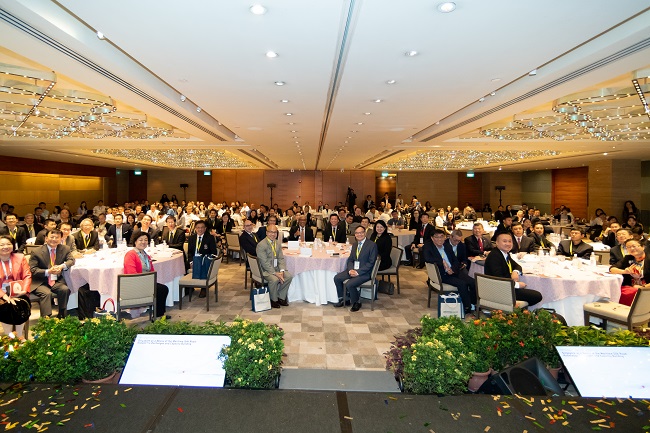 This event was sponsored by Lien Foundation, and supported by Infrastructure Asia Singapore and Singapore Manufacturing Federation. It gathered approximately 250 people including academics and practitioners from Singapore, China, Thailand, Malaysia, Cambodia, Bangladesh and the United States, etc., to analyse the manners in which key Southeast Asian economies along the Maritime Silk Road are forging mutual goals and cooperation with China, especially in the fields of knowledge exchange and capacity building.
The distinguished guests present at the opening ceremony on 7 December, included His Excellency Zhang Xumin, Chargé d'affaires of Embassy of the People's Republic of China in Singapore; His Excellency Dmytro Senik, Ambassador of Ukraine to Singapore, Brunei and New Zealand; Ms Tan Aik Na, NTU Vice President (Administration); and Mr Laurence Lien, Chairman of Lien Foundation.
Speaking at the event as keynote speakers were Mr Zainul Abidin Rasheed, NTU Board of Trustees Member, Singapore's Special Envoy to the Middle East, and Former Senior Minister of State for Foreign Affairs; and Mr Goh Sin Teck, NTU Board of Trustees Member and Editor of Singapore's Chinese dailies Lianhe Zaobao and Lianhe Wanbao. 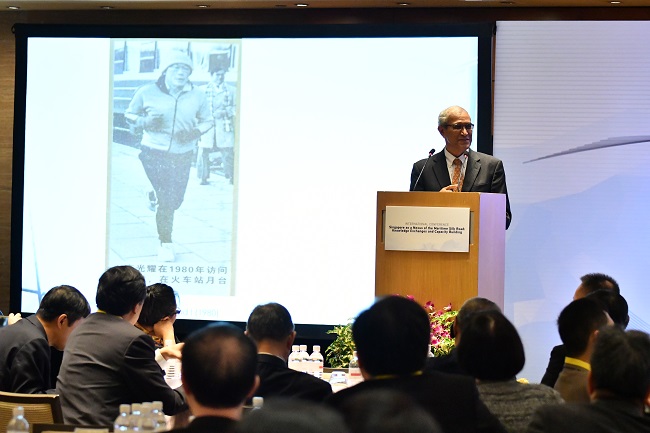 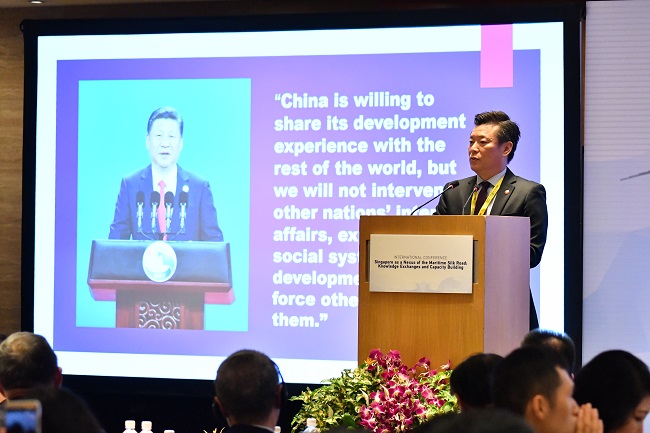 In the welcome address, Director of NCPA Prof Liu Hong said that the role Singapore can play under the BRI, goes beyond its conventional status as a global financial and trade hub. He added, "As a nexus of the maritime Silk Road, there is great potential for Singapore to collaborate with China and other ASEAN countries for not only business opportunities, but also knowledge exchange; and to build not only infrastructures, but also human capital in third countries for the benefit of all. " 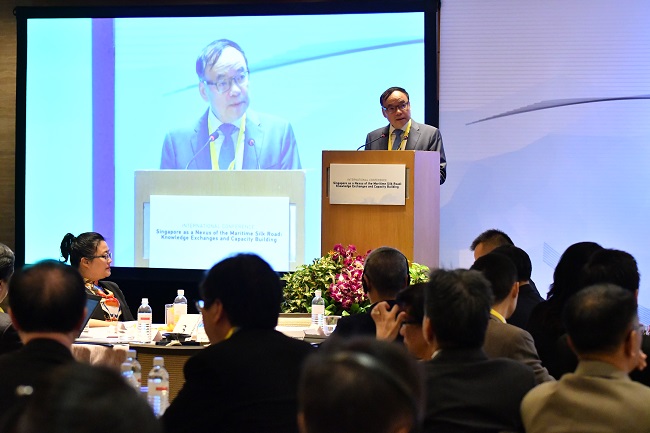 The occasion also marked the official launch of the Lien Research Programme on Belt and Road Initiative, which will focus on policy-oriented topics such as the relationship between China and Singapore, cross-border philanthropy, and elder and palliative care. A new book titled "Giving to China: A Guide for Asian Philanthropists" was also released at the event. The toolkit aims to help international philanthropists and organisations navigate through regulations and cultural differences when doing philanthropy in China. 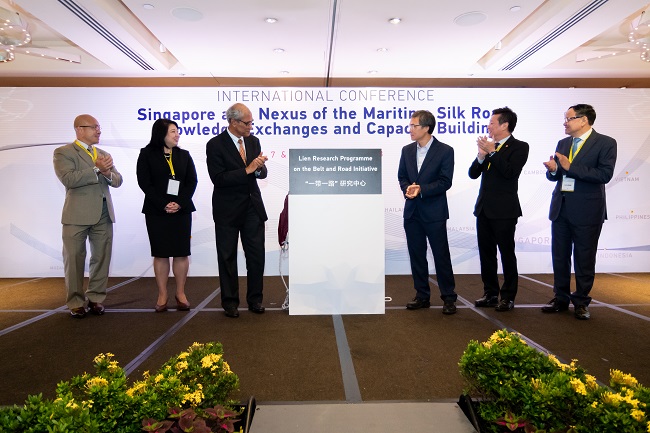 On the second day of the conference, more than 30 researchers gathered for discussions on topics including Industry 4.0, China and Developing Countries, Ageing and Eldercare, BRI and Southeast Asian Economic Development, as well as Ethnic Chinese Society under the BRI. There was also a public forum on Cross-border Philanthropy and Social Sector Governance which drew more than 50 people from the public to participate.