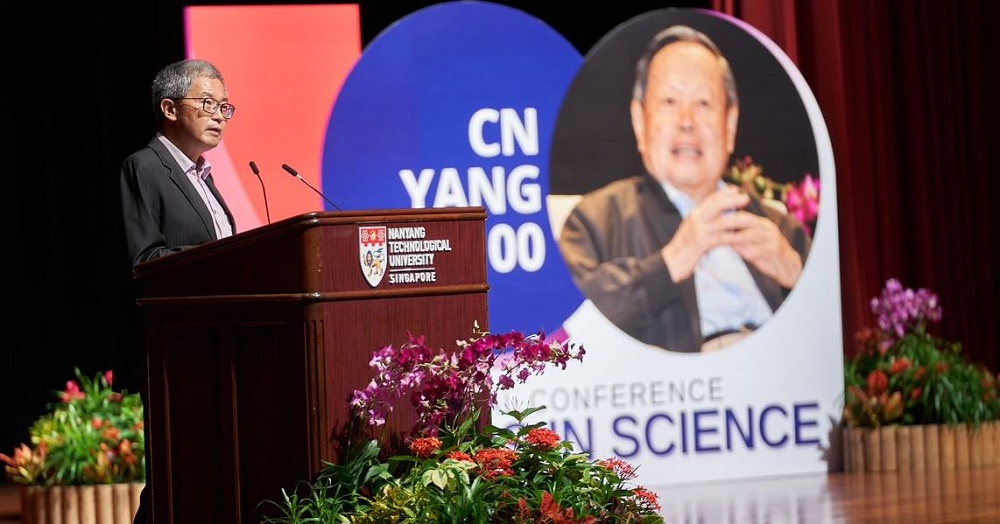 The hybrid conference was held on 8 June 2022 at the NTU Nanyang Auditorium in honour of Professor CN Yang’s pioneering and lifelong contributions to physics and education on the occasion of his 100th Birthday. Prof Yang, Nobel Laureate in Physics 1957, has made significant contributions to theoretical physics, ranging from particle physics, quantum field theory to statistical mechanics and condensed matter theory. He has always been a fervent supporter of education, and he has maintained strong links with NTU Singapore since the time of its predecessor institution, Nanyang University. The CN Yang Scholars Programme, one of the Premier Scholars Programmes in NTU, which nurtures talented undergraduates who have a passion for science and technology, was launched in 2006 and it was named after him.

Prof CN Yang was not able to join the centennial conference but he sent his well wishes:

The centennial conference was jointly organised by the Institute of Advanced Studies (IAS) and the Tan Kah Kee International Society, with support from the Lee Foundation, the Institute of Physics Singapore, the NTU CN Yang Scholars Programme,  the NTU School of Physical and Mathematical Sciences, the NUS Department of Physics, the Centre for Quantum Technologies, and World Scientific Publishing Co Pte Ltd. 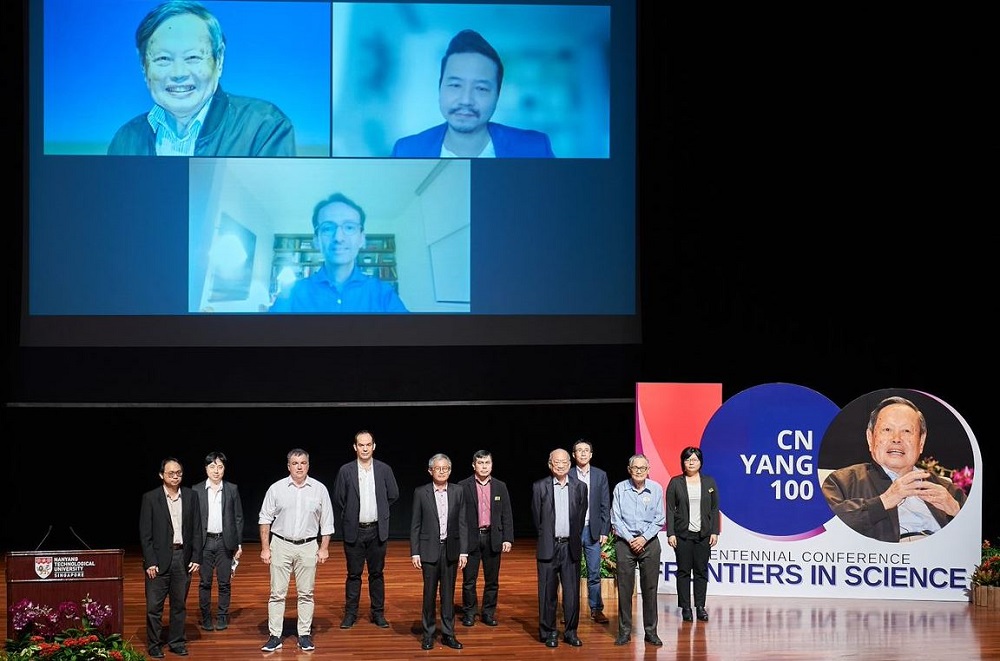 In the keynote talk by Nobel Laureate Prof Konstantin Novoselov, his sharing about the applications of physics in materials, such as graphite, and engineering was highly enriching for all participants regardless of educational background through the referencing of everyday concepts. He also cited the movie, “Terminator 2” (1991), to discuss how bottom-up functionality at the material and structural level was depicted to be the near future in the film, while we are currently still at top-down functionality at the structural level. 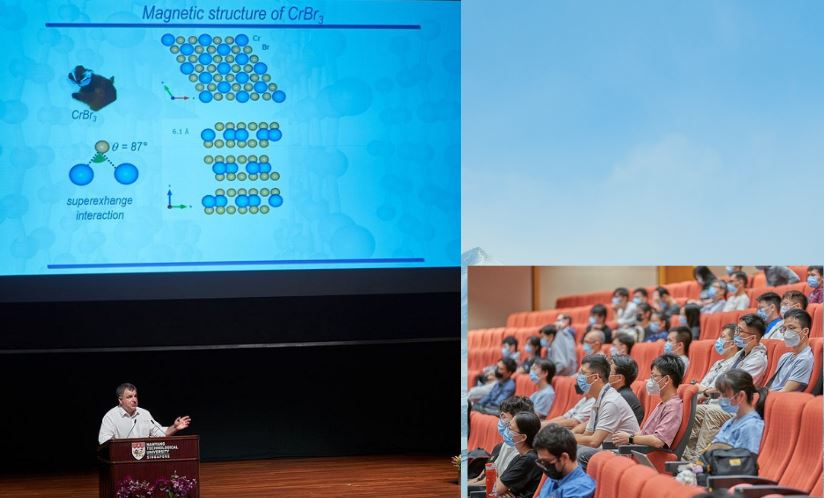 Many of our conference speakers repeatedly mentioned that Prof Yang's research and findings have contributed greatly to the continual development in modern physics. Prof Oh Choo Hiap credited Prof Yang’s influence on his research and highlighted the huge impact of Prof Yang's work on the physics community. It was also inspiring to hear from a CNYSP alumnus, Nanyang Asst Prof Nelly Ng, who talked about how listening to a talk by Prof Yang had inspired her when she was a high school student, and the story of her undergraduate journey in CNYSP leading to the work that she currently does at NTU.

Another keynote talk was delivered  by Nobel Laureate Prof Brian Schmidt online. He summarised the history of modern physics and his research field of cosmology, and also shared the great influence of Yang-Mills Theory. As Prof Schmidt mentioned, Prof Yang has lived through the start of all modern physics. Prof Schmidt also mentioned how computational approaches are allowing us to make revolutionary advances - and this surely applies to many other fields in STEM. He ended his presentation with words of advice for aspiring scientists, “The research journey is tough, but passion will guide you through it”.

The conference was attended by 185 in-person participants and over 300 participants across the globe virtually. Majority of the participants were students, researchers and faculty members, as well as some high school students.

In summary, I would say that it was a memorable experience for all participants and speakers, as we are finally able to attend a physical conference after two years of COVID-19 restrictions.

Listening to all the inspiring talks by the distinguished speakers made me ponder how much there is left to be discovered and further developed, and thus how vast the future may still be.