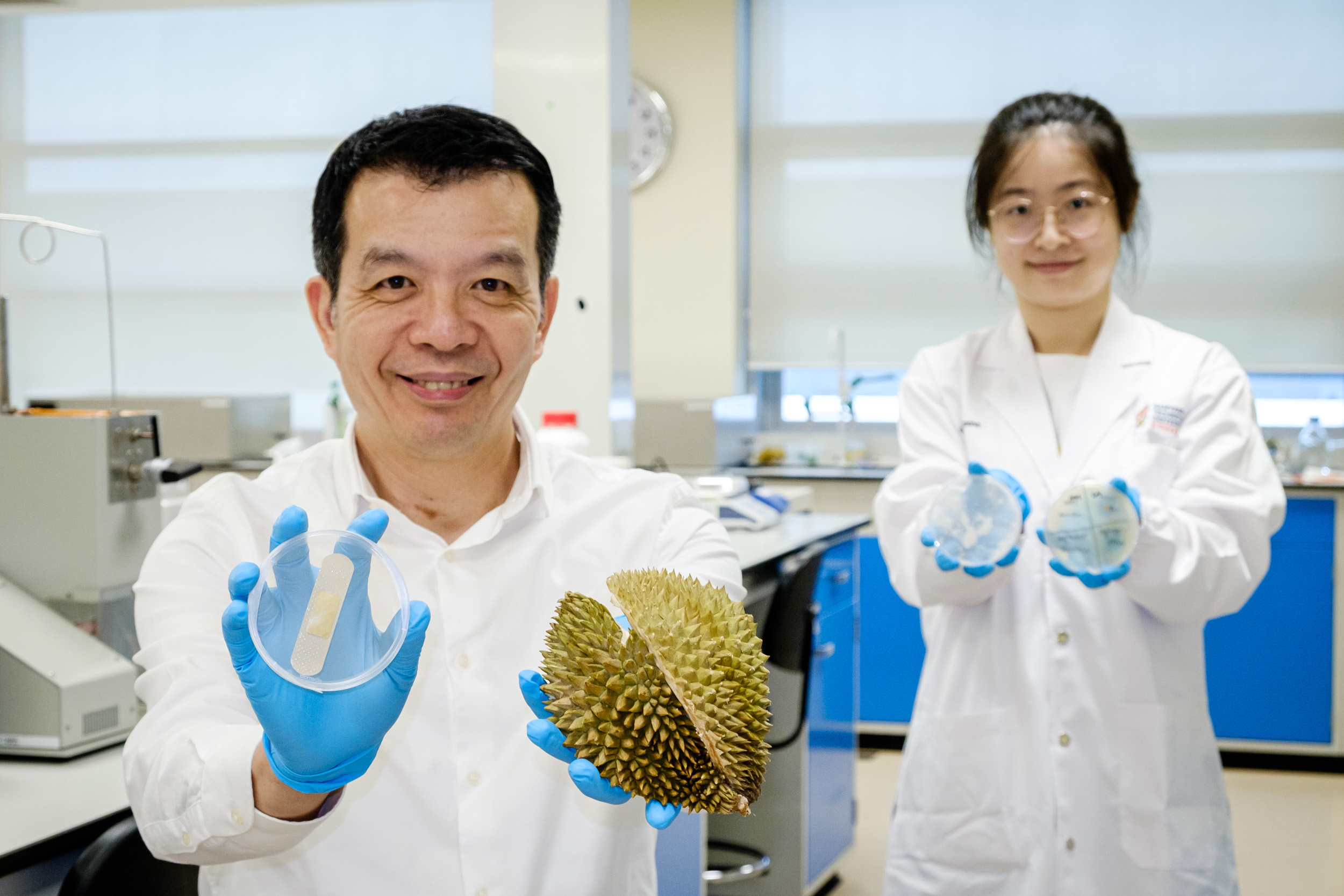 NTU’s food scientists have made an antibacterial gel bandage using the discarded husks of the popular tropical fruit, durian.

By using a low-cost green process to extract high-quality cellulose from the durian husks, they created a soft gel, like silicon sheets, which can be cut into bandages of various shapes and sizes.

They then added the organic molecules produced from baker’s yeast known as natural yeast phenolics, making the bandage deadly to bacteria.

This non-toxic hydrogel bandage may be useful in helping skin wounds to heal faster, while the antibacterial molecules help to prevent infections, as shown in lab experiments on animal skin.

Developed by Professor William Chen, the Director of NTU’s Food Science and Technology Programme, the innovation was published recently in ACS Sustainable Chemistry & Engineering, a peer-reviewed journal of the American Chemistry Society.

Organic hydrogels are also useful for wearable, flexible and stretchable electronics, which Prof Chen had demonstrated in a 2019 paper published in Scientific Reports.

The team had then developed a prototype hydrogel that could conduct electrical signals, which was made with cellulose obtained from Okara – the waste leftover from soybean pulp during the making of soy milk.