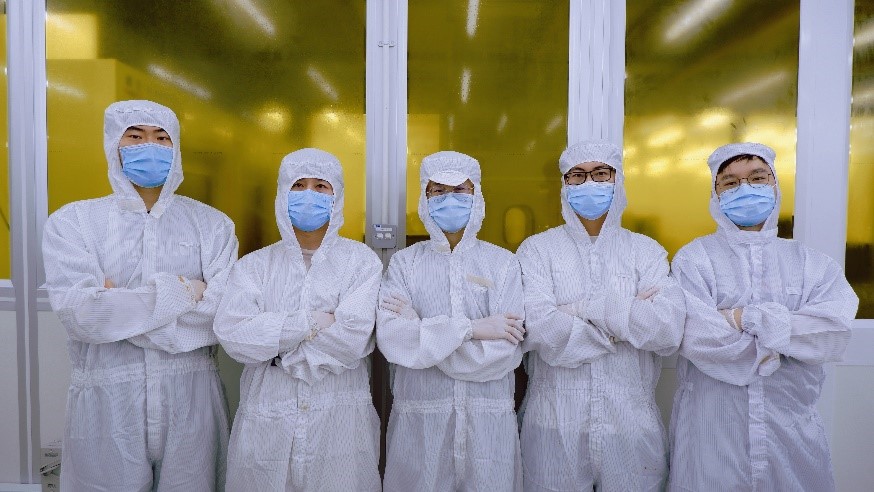 Led by Mr. Changhong Linghu, a PhD student supervised by Prof. K Jimmy Hsia from the School of Mechanical and Aerospace at NTU, the MassPrint Technology Group includes multi-disciplinary NTU PhD, Masters and undergraduate students from diverse backgrounds in research and development, production, operation, finance, marketing, and sales. They aspire to become the leader of the mass transfer technology for Micro LED and make Micro-LED displays affordable.
Micro LED display is known for its ultra-bright, ultra-clear, and thinner energy-efficient properties and is regarded as the ultimate Display Technology. However, it has not become a common part of our daily lives due to its high price. Conventional mass transfer technologies have three limitations: efficiency, cost, and chip size. The price of Micro LED TV has remained as high as millions, several hundred times that of the conventional displays due to its complex assembly process, known as Mass Transfer technology.  Essentially, the technology requires soldering hundreds and thousands of LED chips on an area as small as a fingernail with very high accuracy.

MassPrint Technology Group has developed a new mass transfer technology drawing inspiration from the aphid insect’s adhesive claw. This new technology can increase the transfer speed up to 10,000 times and reduce the cost by more than 50%, with which mass production of Micro LED displays with high-efficiency, and low-cost can become a reality.

The NTU students are: