The trains of modern railway system are powered by high voltage direct current (DC) power supply from the substations through power and running rails. Any defects on the power and running rails, if not detected early, can disrupt the power to the train and affects train services. Based on a patented radio frequency (RF) induction technique, a condition monitoring system that can be mounted on a revenue train has been developed.
It collects high-resolution data from both the power and running rails and detects abnormality while performing continuous monitoring. The prototype has demonstrated its ability to identify and locate the defects on running rail and power rail through extensive field trials on the test track. It is currently awaiting approval from Land Transport Authority (LTA) Singapore for permanent installation on a revenue train for mainline trials. 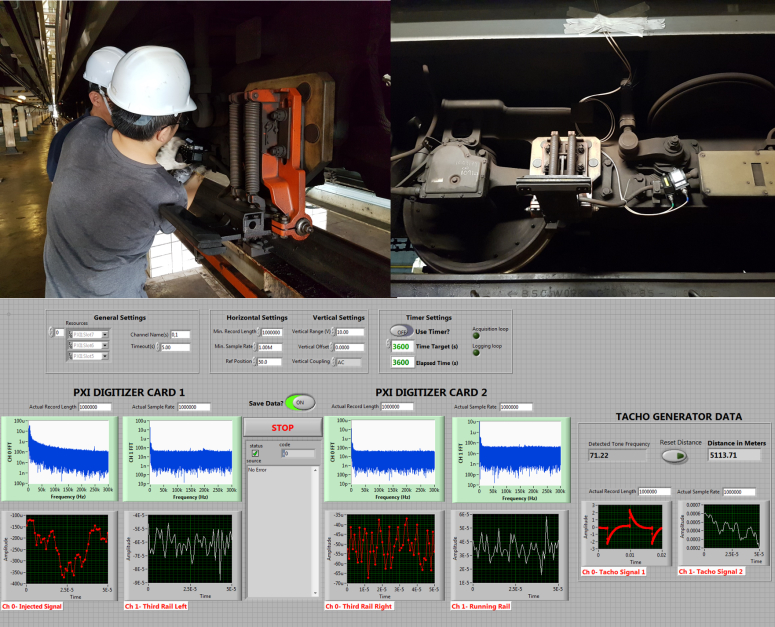 Figures 2 and 3 show the detected defects on running and power rails of the test track: