The first round of the hackathon required them to prepare a slide deck, describing their idea and the several pain points that it helps to alleviate. The team met up several times in the week to straighten out the slide deck contents and the main functionalities of their proposed idea, CenterPoint. The main purpose of CenterPoint was to suggest a convenient and centralized meet-up point for groups given everybody’s location.

The team was quite delighted when they found out that they had been chosen for the second round of the hackathon. The team was only given two weeks to develop a working prototype for the second round of submission. They split their duties equally, with Candy and Jia Sheng working on the front-end, Loh Seng and Darryl working on the setup of the back-end communication, and Claudia working on the algorithm to get the suggested places. The team had to meet every other day, amidst their busy schedules, to hold discussions about the development and progress of their project. In the end, they managed to submit a working prototype, along with a video demonstration on how the web application worked. 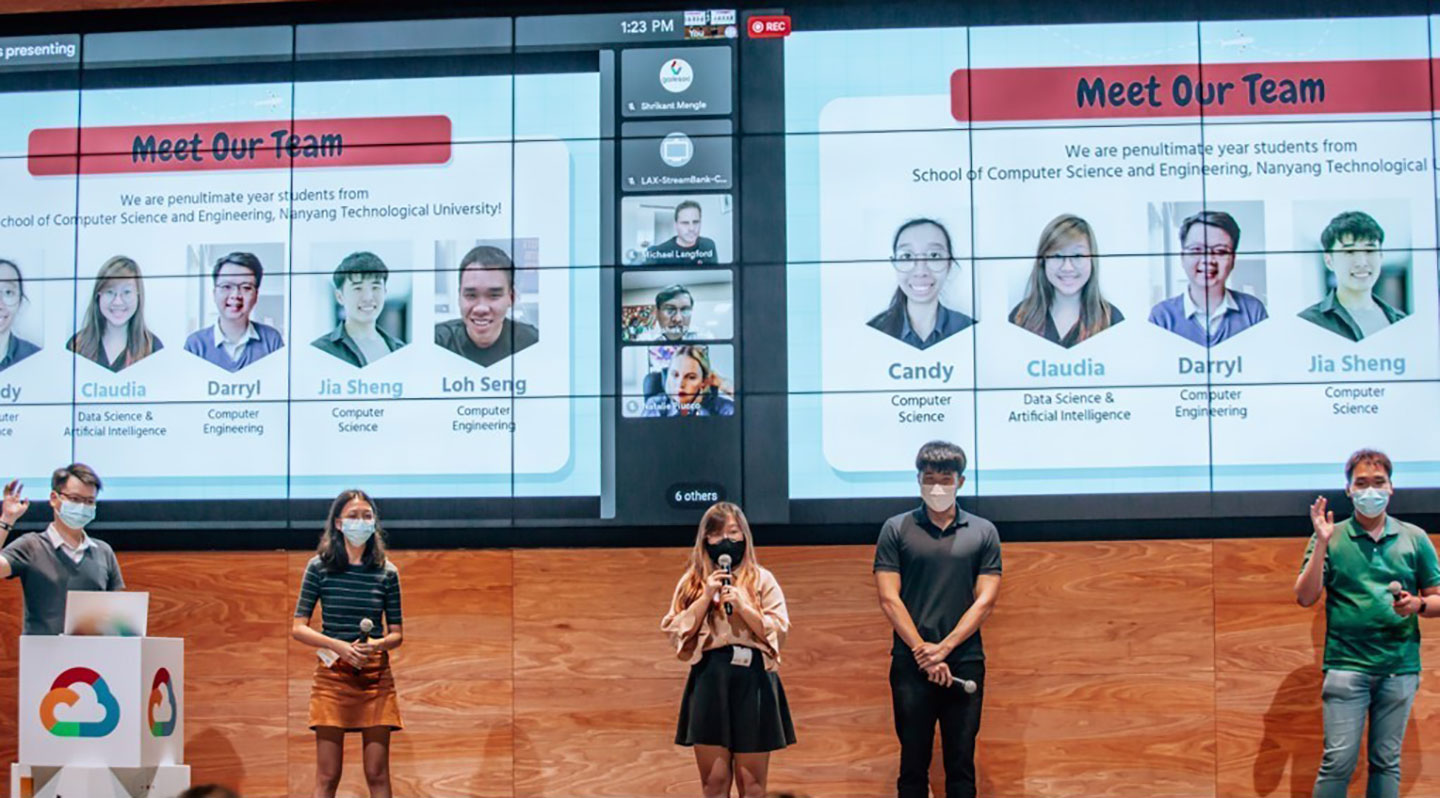 Eventually, their team got through to the final stage and was selected to be one of the top 5 teams to give a live pitch in front of the judges from Google at Google Singapore Office. The journey leading to that has not been easy. Most of them have other day time commitments, such as school and summer internships and they had to juggle all that with their hackathon workload over the weeks leading up to the live pitch. However, it was satisfying to see their idea materialize on the big stage and to see it receiving a lot of love from the panel of judges from Google. These made them proud of what they had accomplished and made all the effort that they had invested in this hackathon worthwhile.

After the pitch, the team, along with other contestants were invited to have a tour around the beautiful Google Office as well. Overall, it was an unforgettable and educational experience for all the members of the team.

Students from SCSE and EEE wins the Microsoft Virtual Hackathon 2022