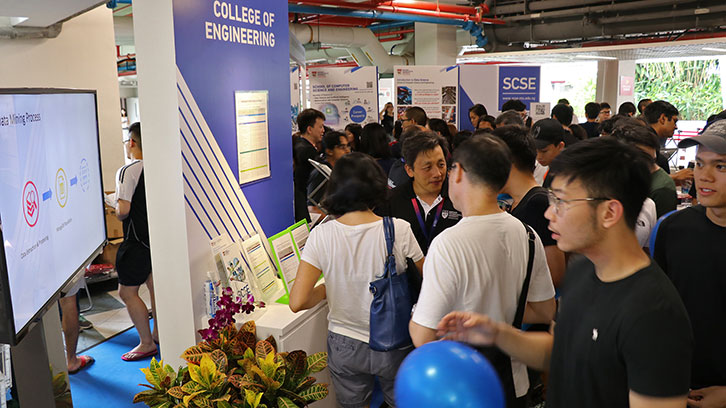 On 2 March 2019, The School of Computer Science and Engineering Open House booth was a scene of a bustling crowd during the annual NTU Open House. Hundreds of parents and potential students thronged to the SCSE booth & talks, eagerly seeking answers to vital information as they prepared to make one of their most important informed decisions regarding higher education for themselves or their children.

The School witnessed streams of visitors to the booth from right from the first bus that arrived from Jurong East at 9.30am up till the last visitor departing from the booth at 6.30pm.

Dr Sourav Sen Gupta delivered the first of the 4 talks at 10am on the latest addition of UG offer under SCSE – the Bachelor of Science - Data Science and Artificial Intelligence which continued to receive an overwhelming number of queries throughout the day.  Associate Chair (Academic) Assoc Prof Nicholas Vun and Mr Oh Hong Lye delivered the rest of the 3 talks on SCSE’s programmes, which were scheduled at 11am, 2pm and 4pm. 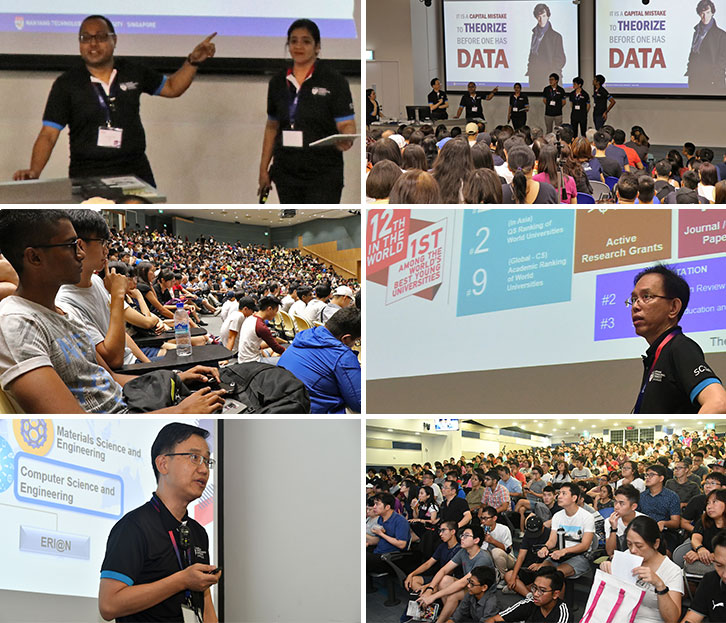 These talks offered the visitors a clear overview on the various programmes, course curriculum and career prospects. The Lecture Theatre was filled to and beyond capacity for all 4 talks with hopeful visitors approaching the SCSE booth requesting for more scheduled talks.

Besides the immense interest in DSAI, there were a lot of queries on Double Degree Programme: Computer Engineering with Business, and Computer Science with Business (aka Business with Computing), which command salaries packages in the range of $5,000 onwards, while the graduates of the single degree were not too far off as well; with a highest average pay of S$ 4,500 among the single degree, namely Computer Science.

During the open house, visitors were taken on a guided tour of the school where they got to see and experience some of the modules of the SCSE Programmes such as the Multi-Disciplinary Design Project (MDP), innovative FYP projects, and visits to the teaching labs as well as try out some of the final year projects. The tours were also overwhelmed with large numbers of interested visitors. The CSE club and student ambassadors were the starlets of the day as they professionally maneuvered the large crowds efficiently to various sections around the school. This year we showcased “the Open House Lab” which is SCSE’s new research lab, in addition to the teaching labs and student lounge. 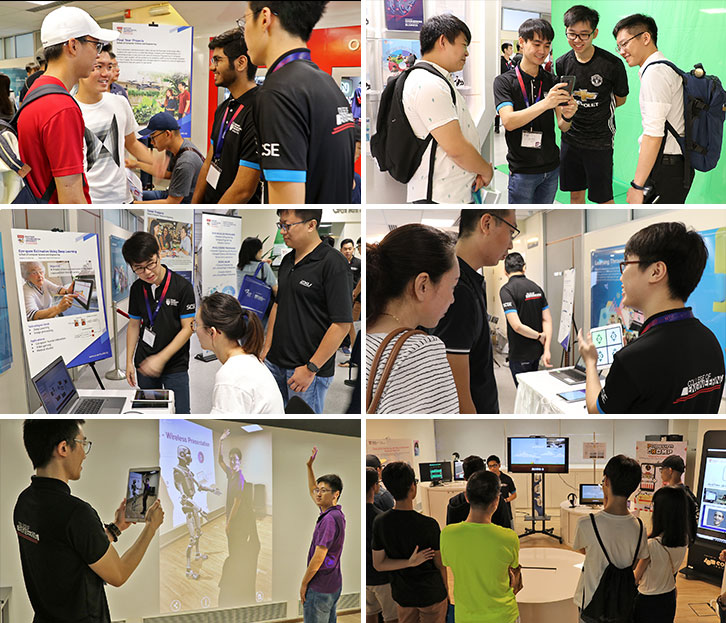 The students, staff and faculty of SCSE were also out in full force together to make this a very well organised and successful event.