The Chua Thian Poh Distinguished Speaker Series (CTPDSS) is a series of seminars that aims to raise awareness of the latest topics in entrepreneurship studies and development. CTPDSS hosts renowned speakers to present their entrepreneurship topics in public forums and seminars to entrepreneurs, business executives, government officers, administrative staff, faculty and students.​ 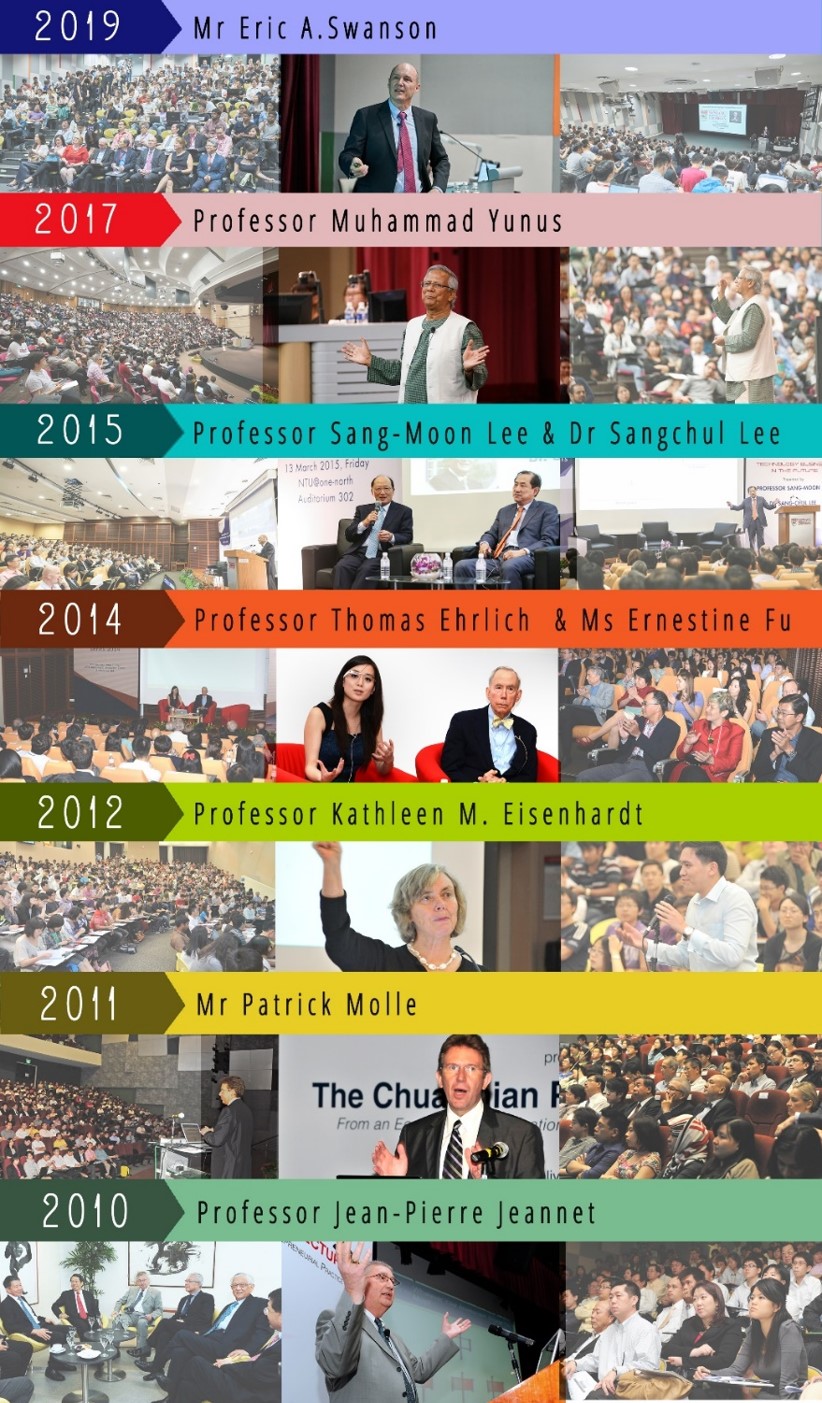 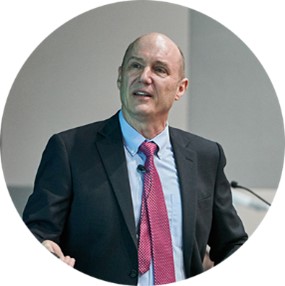 Mr Eric Swanson serves in a variety of technical and managerial roles in academic, entrepreneurial, industrial, and nonprofit organizations.  Mr. Swanson has co-authored 79 journal articles, 183 conference presentations and lectures, 36 issued US patents, and 8 book chapters.  In 2002 he was elected a Fellow of the OSA for “Pioneering contributions to the fields of intersatellite laser communication systems, fiber optic communication networks, and biomedical optical imaging.”  In 2017 he was elected a Fellow of IEEE for “Contributions to optical coherence tomography and leadership in optical networking.”  He is a co-recipient of the 2002 Rank Prize, the 2012 Champalimaud Vision Award, the 2017 Russ Prize, and the 2017 European Inventor Award.  Mr. Swanson is a co-founder or founding board member of five start-up companies: Advanced Ophthalmic Devices (acquired by Zeiss Meditec in 1994), Lightlab Imaging (acquired by Abbot in 2016), Sycamore Networks (Nasdaq IPO 1999), Acacia Communication (Nasdaq IPO in 2016), and Curata Incorporated (private). 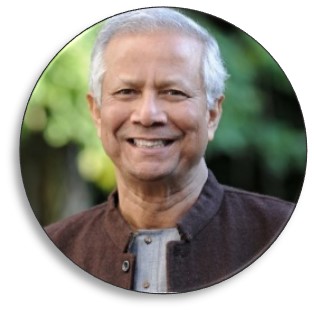 Nobel Laureate Professor Muhammad Yunus is the father of social business and microcredit, the founder of Grameen Bank, and of more than 50 other companies in Bangladesh. For his constant innovation and enterprise, the Fortune Magazine named Professor Yunus in March 2012 as "one of the greatest entrepreneurs of our time."
Professor Yunus was born in Bangladesh in 1940. In 1965, he received Fulbright Scholarship to study economics in Vanderbilt University, U.S.A and did his Ph.D. in economics in 1969. Professor Yunus returned to Bangladesh in 1972 and joined the Department of Economics, University of Chittagong, as its chairman. In 1976, Professor Yunus started to experiment with providing collateral free loans to the poor. The project was called Grameen Bank project, and later, in 1983, became a full-fledged bank for providing loans to the poor, mostly women, in rural Bangladesh. Today Grameen Bank has over 8.6 million borrowers, 97% of whom are women and disburses over one and a half billion US dollars each year.
In 2006, Professor Yunus and Grameen Bank were jointly awarded Nobel Peace Prize. Professor Muhammad Yunus is the recipient of more than 54 honorary degrees from universities across 20 countries. He has received 112 awards from 26 countries including state honours from 10 countries. 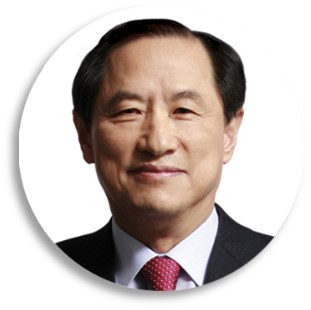 Dr Sangchul Lee is the CEO of LG Uplus and Vice Chairman of the LG group. He has over 30 years of experience in the telecommunications industry. Prior to joining LG, he served as president of Kwangwoon University in Seoul which is one of the nation’s most prestigious universities in ICT area. Before his academic position, he served as the Minister of Information and Communications in the South Korean government where he led the nation’s key initiatives in building a highly advanced ICT infrastructure.
He holds a PhD from Duke University, M.S. from the Virginia Polytechnic Institute and State University and a bachelor’s degree from Seoul National University, all in Electrical Engineering. 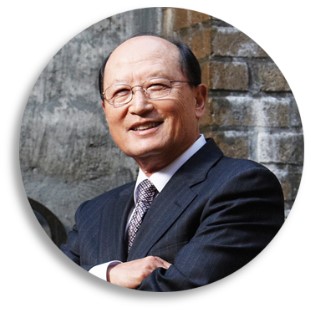 Professor Sang-Moon Lee, PhD, is the University Eminent Scholar and Regents Distinguished University Professor Emeritus at the University of Nebraska-Lincoln, USA. He also served as the Honorary President of Woosong University in South Korea.

Professor Lee has authored or co-authored 67 books, 350 journal articles, delivered over 750 speeches in 60 countries, has conducted research projects around the globe, and produced 140 PhDs. He has received five honorary degrees for his contribution to international business research and education. Professor Lee has consulted widely and is currently a Senior Scientist with the Gallup Organisation. 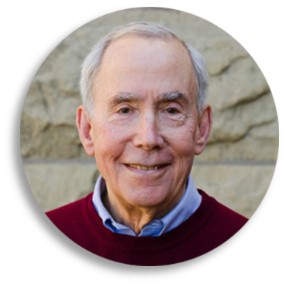 Professor Thomas Ehrlich is a Visiting Professor at the Stanford Graduate School of Education. He has previously served as president of Indiana University, provost of the University of Pennsylvania and dean of Stanford Law School. He has also held a number of public-service positions since the administration of U.S. President John F. Kennedy. Professor Ehrlich was the first head of the Legal Services Corporation and was the first director of the International Development Cooperation agency responsible for foreign-aid policy, reporting directly to U.S. President Carter.
Professor Ehrlich holds five honorary degrees and is a member of the American Academy of Arts & Sciences. 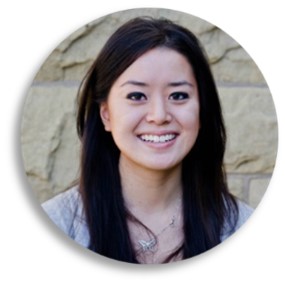 Ms Ernestine Fu is a PhD student in engineering at Stanford University, where she completed her bachelor's and master's degrees.  At the age of 15, she founded a non-profit organization to bring music to seniors, disabled people, and homeless families. Ernestine also works at a venture capital firm focusing on investments in high-tech Silicon Valley start-ups. She closed her first deal at the age of twenty.
Ms Fu was chosen for the Kauffman Fellowship on entrepreneurship and is an active supporter of social entrepreneurs. 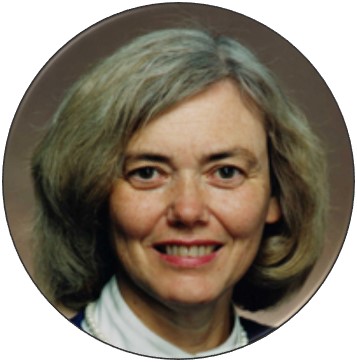 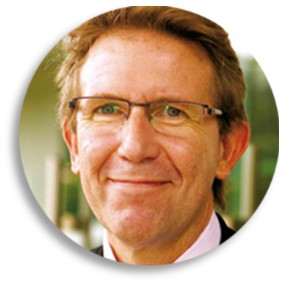 Mr Patrick Molle, formerly the Director General at France Business School and was also Director of EM Lyon, one of France's top business schools, for 16 years.
Mr Molle presented, From an Ecosystem of Innovation to an Efficient Entrepreneurial Hub. He said creating jobs, re-inventing the world and social justice are key to forging a better world by 2050. 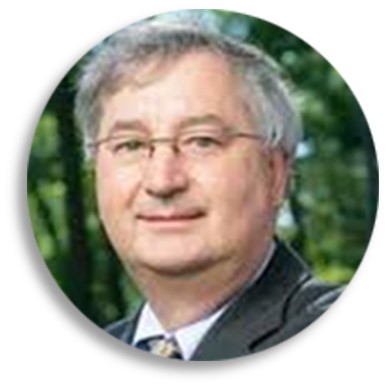 Professor Jean-Pierre Jeannet was NTC’s inaugural Chua Thian Poh Distinguished Speaker in 2010. He is Emeritus Professor of Global Strategy and Marketing. His areas of special interest are global business and marketing strategies, and market orientation.
Professor Jeannet’s topic for the public lecture was, The New Silk Road – Global Implications for Marketing and Entrepreneurial Practice.