The conference celebrated the successes of Yang-Mills Theories and discussed the monumental importance of Yang-Mills Theories in a broad spectrum of physical and mathematical fields. Many eminent speakers attended the conference including the originator of the theory, Professor Chen-Ning Yang himself, and Professor David Gross. Both Nobel Laureates were appointed as Lee Kong Chian Distinguished Professors. In addition to the conference, they also delivered Public Lectures on their Personal Perspectives on Physics.

Professor Chen-Ning Yang  and Lee Tsung-Dao were awarded the 1957 Nobel Prize in Physics for their work on parity non-conservation of weak interaction. Professor Yang was the Albert Einstein Professor of Physics at the State University of New York, Stony Brook and the first Director of a newly founded Institute for Theoretical Physics which is now known as C. N. Yang Institute for Theoretical Physics.

Professor David Gross was awarded the 2004 Nobel Prize in Physics along with Frank Wilczek and David Politzer for the discovery of asymptotic freedom in the theory of the strong interaction - the nuclear force that binds together quarks and holds together the nucleus of the atom. He is the Director of the Kavli Institute for Theoretical Physics at the University of California, Santa Barbara. 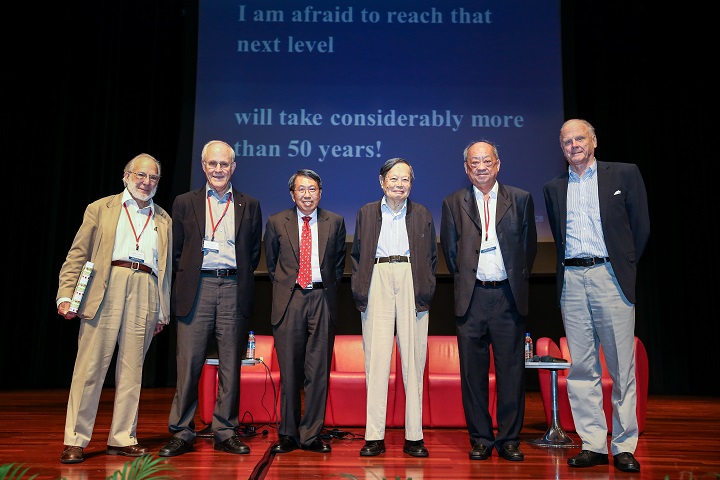 Professor Eric Cornell was awarded the 2001 Nobel Prize in Physics with Carl Wieman and Wolfgang Ketterle for the achievement of Bose- Einstein condensation in dilute gases of alkali atoms, and for the early fundamental studies of the properties of the condensates. He was in Singapore for the 22nd International Conference on Laser Spectroscopy, so Nanyang Technological University’s School of Physical and Mathematical Sciences (SPMS) has the honour of inviting him to visit on 30 June 2015 through the arrangement of the Institute of Advanced Studies. He gave a seminar on “Experiments on Degenerate Bose Gases with Unitary Interactions” at the Division of Physics and Applied Physics at SPMS, and interacted with members of the ultracold atom groups led by Professor Rainer Dumke. 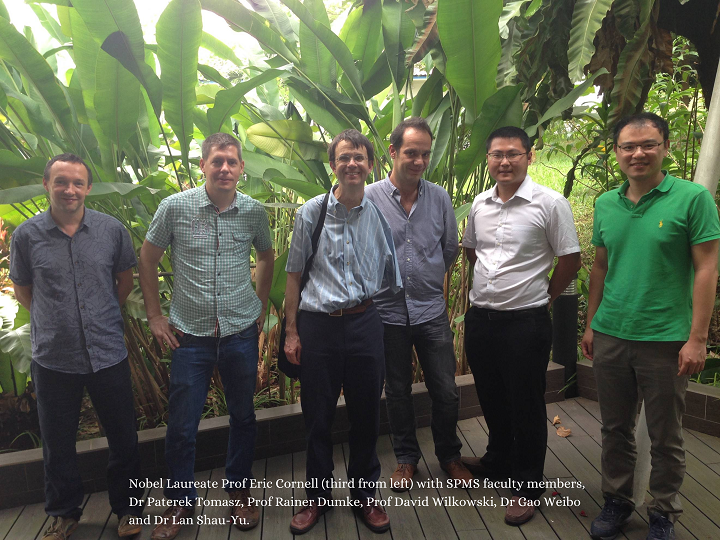 The interdisciplinary workshop addressed chemical, biological and technological aspects of simple and complex polyelectrolyte systems, and also offered an excellent occasion to celebrate the 60 year anniversary of one of the pioneering publications on polyelectrolyte theory by Nobel Laureate Professor Rudolph Marcus - the 1955 paper “Calculation of Thermodynamic Properties of Polyelectrolytes”. 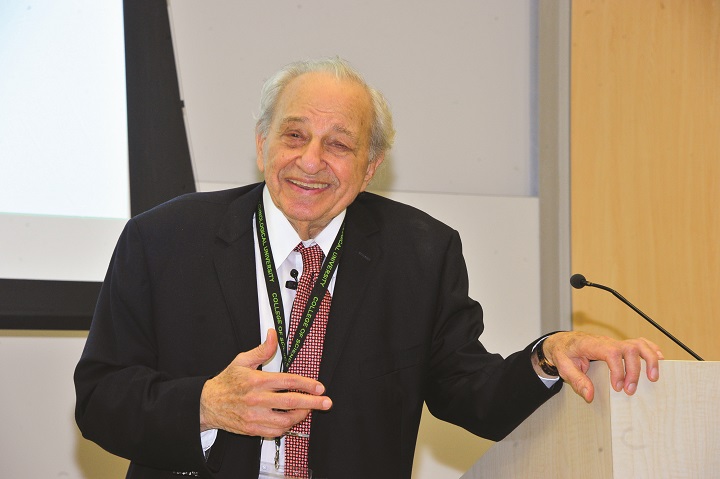 Professor Rudolph Marcus was appointed as Lee Kong Chian Professor in relation to the conference.  He is a Canadian-born chemist who received the 1992 Nobel Prize in Chemistry for his theory of electron transfer. Marcus theory, named after him, provides a thermodynamic and kinetic framework for describing electron transfer reactions in chemical and electrochemical systems as well as in biology.