What do aspirations for continual professional development, volunteerism and socialising all share? They are among the key features that NTU alumni look for in their relationship with NTU according to the recent NTU Alumni Engagement Survey, which took place from November 2021 to January 2022.

Of the 1,539 who responded to the survey, of which almost 80 percent were local, the majority recognised NTU as a prestigious, progressive and dynamic university. About 7 in 10 agreed that NTU valued its alumni, and that it was a compassionate institution that cared about its alumni and inspired alumni to give back.

Alumni admitted they were not particularly active engagers with the university in the year 2020. Though this could be partly due to the COVID-19 pandemic, the fact of the matter was that the majority of alumni had not volunteered with NTU in the past three years. Just one in 20 volunteered in community service or spoke of their experiences at alumni-related activities in the last three years. Nonetheless, of those who had not volunteered, about 70 percent expressed a desire to make positive impact through volunteerism, mentoring and/or social activities.

The astounding numbers from the inaugural NTU Service Week (22-29 January), which took place after the survey was conducted, attest to this. Close to 600 volunteers clocked more than 3,300 volunteer hours. One in three was an alumnus. They joined students, faculty and staff, and friends of NTU to serve some 6,000 beneficiaries through more than 60 community projects here and abroad. One in six persons even volunteered more than once.

Key trends in volunteerism and philanthropy

As the world arduously recovers from the COVID-19 pandemic, key trends have emerged in the fields of volunteerism and philanthropy, which are becoming increasingly interconnected.

One, there has been an uptick in charitable sentiment globally. The ongoing pandemic crisis has fanned an increase in the number of people helping strangers, donating money, and gifting their time. According to a report by the Charities Aid Foundation, three-quarters of the support given globally is made through time volunteered, and most cash donations come from individuals.

Closer to home, We Belong 2022 – which spanned January to March and comprised the trilogy of Service Week, Best Foot Forward, and Giving Day - raised over $1.1 million, with alumni making up a little over half of the donors to the campaign.

From February to March, the OneNTU community formed 84 running teams. More than a thousand individuals put their Best Foot Forward, propelling the fundraising drive that started on 18 February past its $150,000 goal to reach $203,774 by 31 March 2022. Alumni made up just one-third of the runners but almost half the total donations raised were from alumni. They did so largely for their juniors in need of bursaries.

Two, the role of technology as an enabler to advance the impact of philanthropy. The NTU Service Week used a made-in-Singapore volunteer management system to coordinate community projects and to link our volunteers to service initiatives. At the same time, volunteers were plugged into a larger charitable network of more than 50 non-profit organisations and 11,000 volunteers from Singapore and overseas. Hence, with one click, they became exposed to volunteering opportunities in the wider society. This expanded their horizons on how they could continue contributing to communities beyond NTU and make volunteerism a part of life. 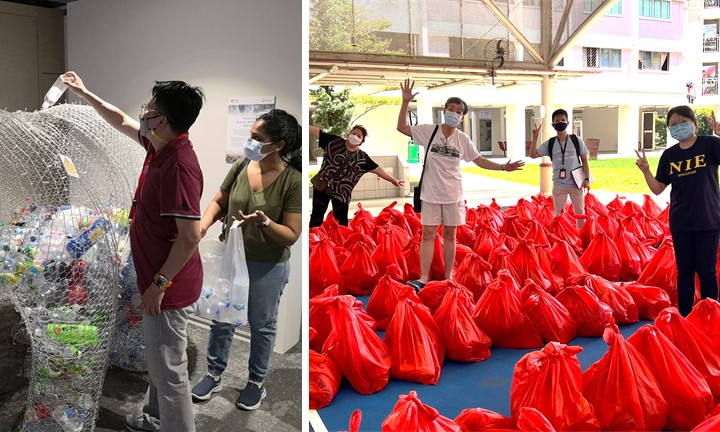 To optimise the multiplier effect, a new peer-to-peer platform was also adopted for the Best Foot Forward virtual run. This gave every runner the potential to transform into a fundraiser by soliciting support from his or her network. As many alumni as there were faculty and staff, used it to mobilise their personal and professional contacts - what I call their “influence circles” - to keep fit while raising funds for a good cause. Chair of the NTU Board of Trustees Ms Goh Swee Chen contributed as a donor to support two trustees, NTU Alumni and Development Committee (ADC) Chair Mr Lo Kien Foh and ADC member Mr Goh Sin Teck, who are both NTU alumni, in their metamorphosis from participants to catalysts for donations. 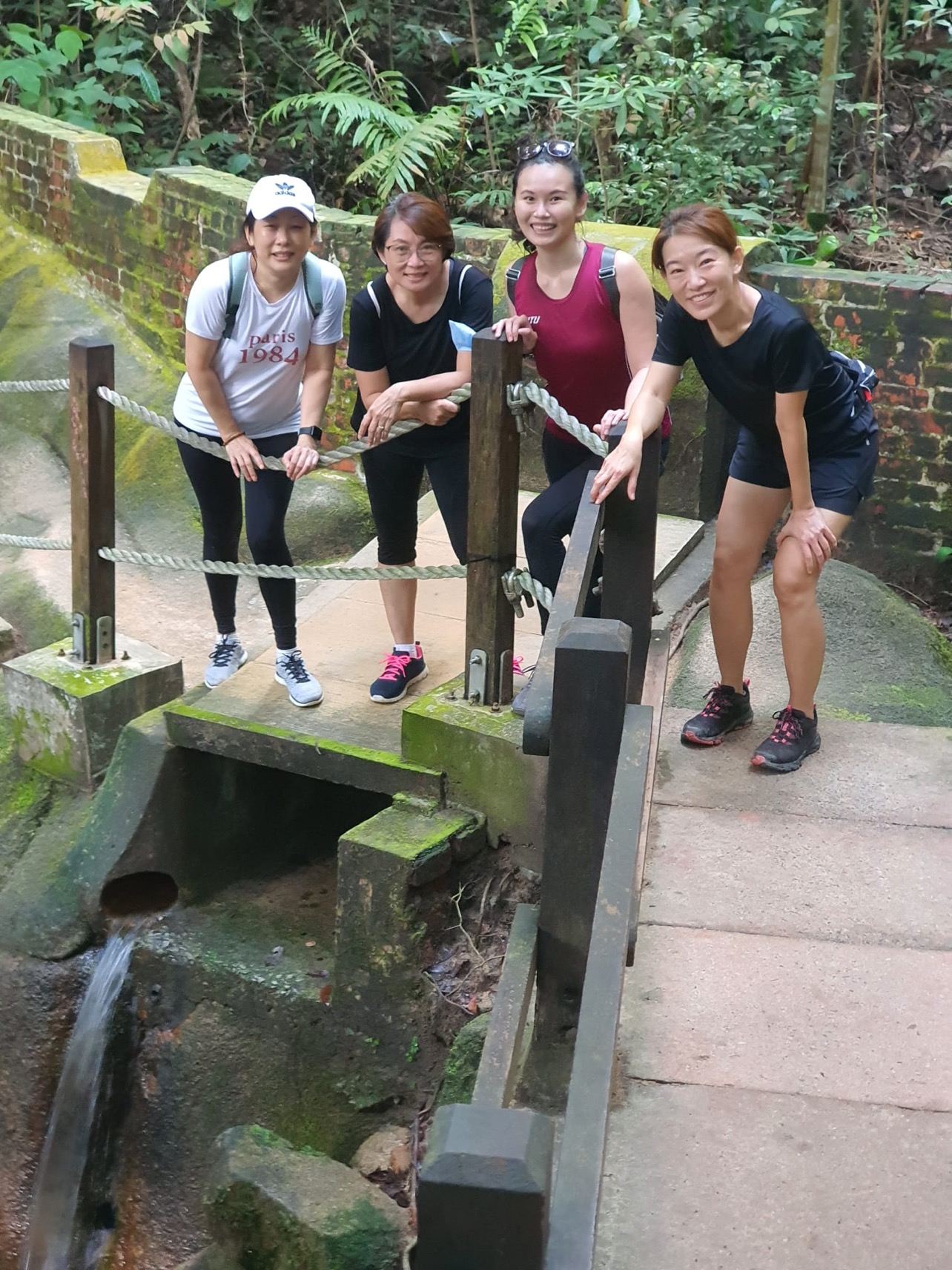 More than a thousand participants took part in the Best Foot Forward virtual fundraising run which ended on 31 March, raising close to $204,000.

Gifts as resources entrusted to the University

Universities, amongst the world’s oldest and most enduring institutions, have much to thank philanthropy for. Backed by powerful and affluent benefactors, esteemed educational institutions in the western world including Harvard, Oxford and Cambridge, do not rest on their endowments but carry out successful billion-dollar fundraising campaigns in the present.

In 2014, the Chan family and its Morningside Foundation donated US$350 million to Harvard School of Public Health. In an interview with Harvard Public Health magazine, the donor, an alumnus Gerald Chan, said the gift was a way to thank Harvard for a life-changing education and to memorialise his late father and his values. “The best philanthropic giving comes from the heart, oftentimes a grateful heart.” He hoped the donation would become a tool for “stimulating the spirit of service” amongst graduates and an enabler for them to pursue careers in public service. There was a twist. The donor declined to detail or monitor how the money would be spent, preferring to leave it in good faith to the institution to govern appropriately.

Whilst designated funds support institutional goals that are aligned with donors’ interests, arguably it is unrestricted donations that can most strengthen the institution as a whole. In the Harvard School of Public Health example, the donation went to an endowment, from which the proceeds were entirely at the discretion of the School to deploy. It attested to the donor’s trust in the accountability of the educational institution, and his faith that his family’s gift would be distributed wisely through the School to benefit the wider society. The motivation for the gift itself started with one person, an act of kindness, and faith.

Likewise, for those who were engaged in one form or another during We Belong 2022, it took a spot of courage to actively seek out friends and ask for support. It took time to pen and pin an electronic message to cheer on the runners, to donate online, or walk to the Giving Day booth on campus to make a gift. 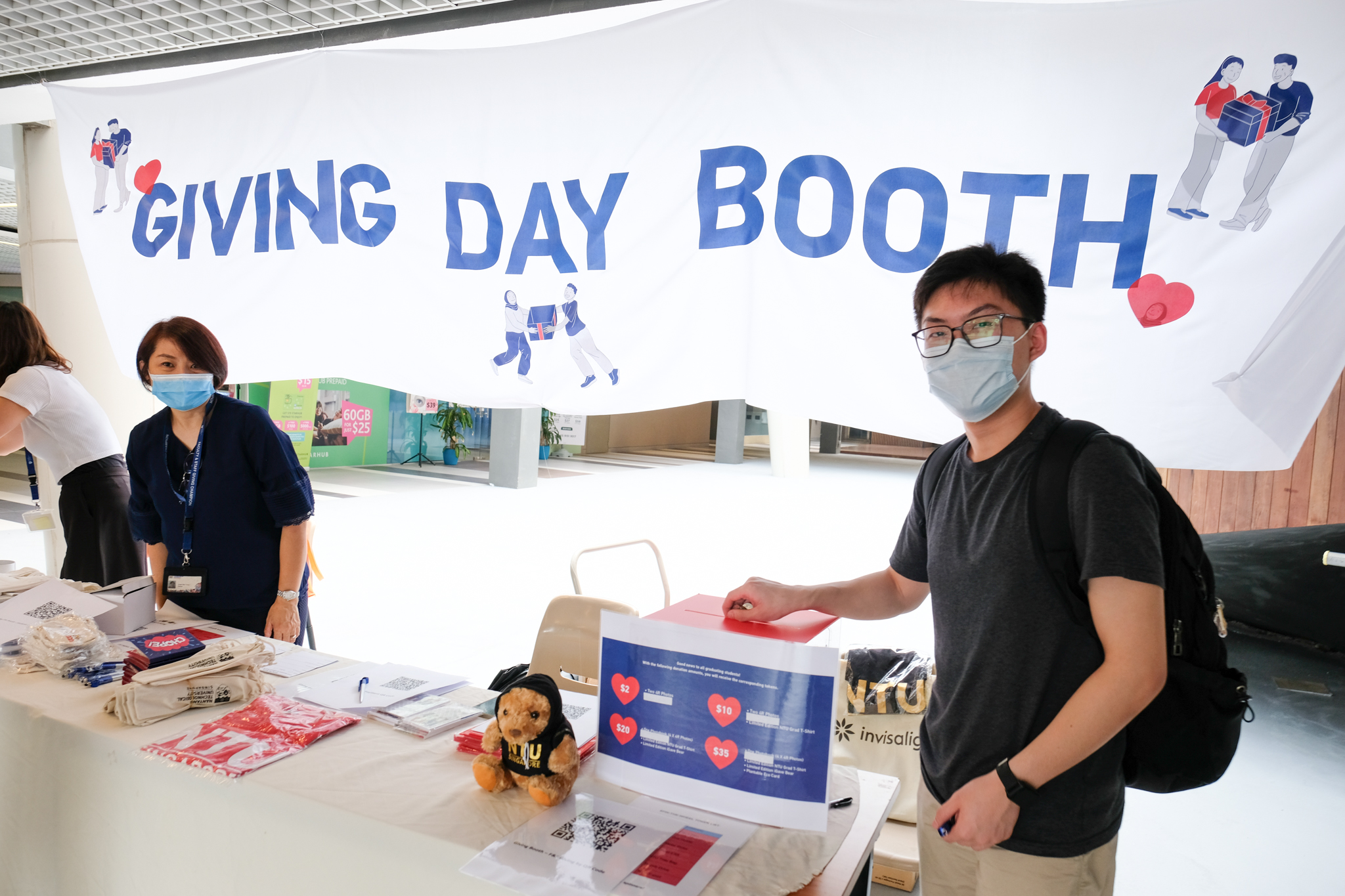 About 40 percent of the total donation amount raised came from alumni, to support their Schools, the NTU Priorities Fund and the NTU Bursary Fund.  The average gift size may have been modest, but the act of philanthropy has already set in motion ripples of good that will benefit many, soon. Thank you.

Grooming a new generation of literati passionate about Chinese

Gift of education from author You Jin