Why “We Belong” and what is it about?

We Belong is a trilogy of elasticity and momentum, that comprises the inaugural NTU Service Week (22 to 29 January), Best Foot Forward virtual run (18 February to 31 March) and NTU’s first-ever Giving Day on 23 March. Whether as an individual or organisation, we’ve weathered plenty during this prolonged pandemic. Around us, we also witnessed a widening gap between haves and have-nots, cracks in people’s well-being, and mounting social and environmental issues. Some of us stumbled or felt overwhelmed. For those of us who endured the heartbreak of losing someone dear, this has also been a time of healing, reminiscences, and giving thanks for the pathways they showed us before they left. We Belong evokes our yearning for connectedness and at the same time, celebrates our capacity to come together, and to bend not break.

NTU excels in many areas from sterling research to brilliant innovations, for which the University is aptly ranked. But where there is no rating or ranking, we can also shine brightly. This Spring on the Chinese calendar, as NTU bids adieu to the Year of the Ox (2021) and leaps forward into the Year of the Tiger (2022), we can choose to refresh ourselves and one another through a week of community service. The message is clear: Rather than feel helpless or turn a blind eye, we can do more. We have a responsibility to do more. It is an invitation to whoever is willing, to intentionally give of themselves, consciously make time for, dig into our wellspring of skills and talents, and bring comfort to another human being. 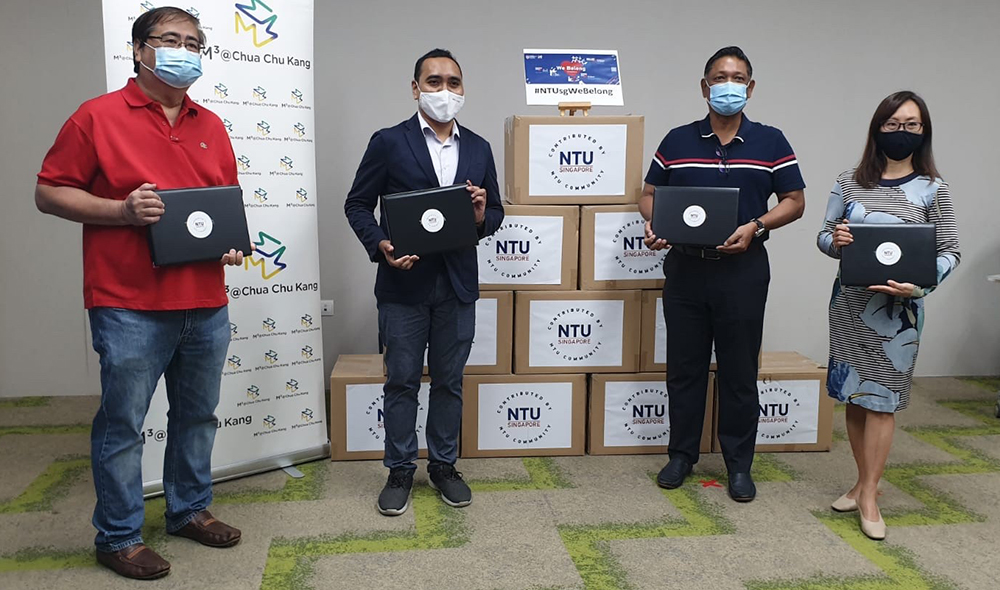 For the 30th anniversary of NTU, the University Advancement Office (UAO) has gathered over 30 service initiatives spread over four key causes - Digital Inclusion, Health and Well-being, Social Welfare, and Sustainability. This was possible with the combined efforts of the OneNTU community. Truly the magic is in people. One of them is undergraduate Mohamad Salihin Bin Mohamad Kassim, who will speak on Giving Day, about how the bursary award he received supported him and his family in a time of distress and need.

It only takes a spark to get a fire going. True or false?

True. After the passing of his mother from an illness, Salihin is honouring her memory by penning her homemade recipes to share with donors. The third year EEE undergraduate is also stepping up as a volunteer for NTU Service Week, by conducting a gratitude workshop for children at a local charity. Together with fellow bursary recipient Karen Tang, the duo will teach beneficiaries to design electronic cards so that they learn simple software design skills while expressing their appreciation for their parents and Service Week volunteers. Coming in handy during the workshop will be the same laptops donated by NTU to the charity.

One example of how a simple idea has cascaded and taken on a momentum of its own is the ongoing laptop donation drive. Initially mooted by the NTU Alumni Council Community Engagement Sub-committee, and driven by UAO, it has struck a chord with our local and overseas alumni. Ignited, alumni associations in seven countries – Australia, Malaysia, Cambodia, India, Indonesia, Thailand, Vietnam - have come onboard to participate or replicate similar efforts to bridge the digital divide for needy school-children in their countries.

How can we honour our role models?

For many, our first role models were people closest to us, a grandparent, parent, teacher. Within the OneNTU family, we are fortunate to have sterling individuals whose purpose-driven lives stand out. UAO has gathered a few of them so that we can learn from them.

The first opportunity is during a panel session “Powering Volunteerism: Impacting the World We Belong To” on Saturday 22 January. The hybrid event marks the start of both the We Belong campaign and the NTU Service Week.

As a mother and academic, Dr Gül İnanç, is striving to ensure that children and youth who are displaced but willing to learn are not denied education simply because they are refugees. That impetus led Dr İnanç, who lectures at NTU’s School of Art, Design and Media (ADM), to start an initiative called OUR – Opening Universities for Refugees in 2015. The international NGO works with displaced communities in Southeast Asia to build connections and knowledge networks that create learning opportunities for refugees.

Another changemaker on the panel is Tan Shi Zhou, President of NTU student club, Earthlink. The materials science and engineering undergraduate is galvanising individuals and eco-interest groups to make environmental awareness real and actionable, starting from the NTU campus. He cites the world’s foremost primatologist Dr Jane Goodall as someone he looks up to. I have met Dr Goodall in person and his choice of role model is en pointe. Dr İnanç and Mr Tan are joined on the panel by NTU Associate Vice President for Well-being Professor Kwok Kian-Woon and alumnus Mr Mike Than (NBS/2008), who founded Lesswalk to secure bicycles for needy village children in Myanmar to have better access to school. The political turmoil in Myanmar has thrown curveballs to its mission, but the movement perseveres. 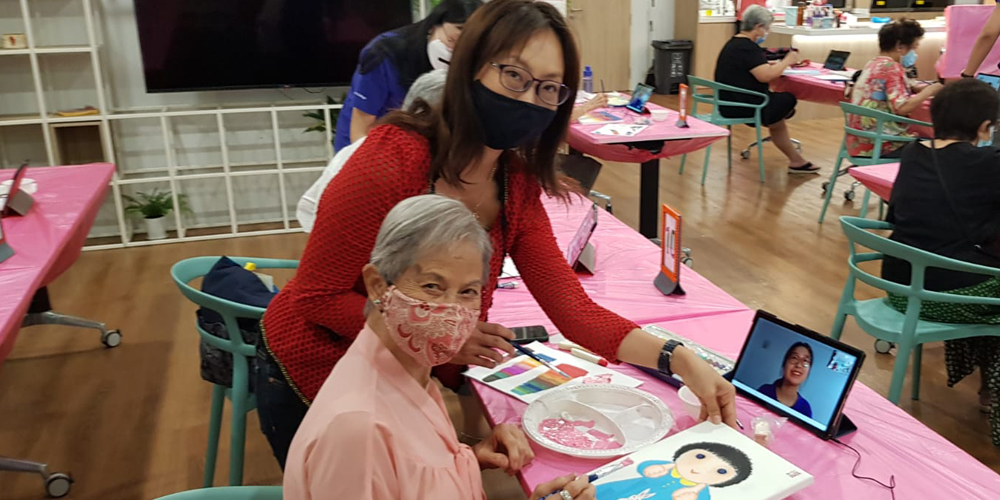 The artwork by seniors from Yong-en Care Centre and volunteers from Graduate College will be on exhibition at the Nanyang Auditorium foyer on 22 January, to mark the launch of the inaugural NTU Service Week. Photographed here is Ms Yap with an 85-year-old participant of a workshop by Team Project:DATE.

The second opportunity is at the Service Week finale and webinar on 29 January, “Powering Momentum: From Passion to Action”. Ms Goh Swee Chen, who chairs the NTU Board of Trustees, will share her insights on how she leads with passion and purpose. She will be joined by four inspiring individuals, who carved a vocation from their passion to serve the causes they hold dear.

Representing NTU’s community partner is Singaporean of the Year 2019 Ms Angie Chew, who founded Brahm Centre after losing her mother to dementia. The three alumni speakers are Ms Jacqueline Yew (NIE/1999), Dr Lee Hui Mien (EEE/2003), and Kenya-based Mr Gabriel Teo (NBS/1988). Mr Teo founded Tana River Life Foundation in 2005 to teach marginalised children and youth livelihood skills, thus giving them hope of a brighter future. Many have transformed into well-adjusted adults with children of their own. They call him “Mzee”, a term of respect for an elder in their community. He is their role model.

Over Christmas, I received a recording of his students singing "Silent Night, Holy Night" in Pokomo language, their native mother tongue, followed by a heart-warming greeting in English, “To all our friends in Singapore and Malaysia, a Merry Christmas and a Happy New Year”. No matter that the vast Indian Ocean separated us, distance and differences melted. This ability to connect with, reach out to, and uplift others whatever the barriers, is a gift.

As these role models amongst us have shown, we can embrace life with verve and purpose, passing the power onwards to uplift the next person, family or community. Becoming role models ourselves, we can choose to take a stake in what matters to us. Be brave. Be bold. Belong.