Want to know what lies ahead of us in the Year of the Water Tiger?

Participants who stay until the end of the webinar will get a chance to win S$288 cash in a lucky draw. 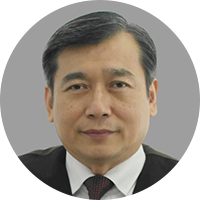 Dr Bernard Yeo is a researcher and founder of the world's first 21st Century Universal Characteristic Method of Human Profiling, as well as an International and ACTA Certified Trainer. He is the author of the best-selling book, ‘Know Your Number, Know Yourself”.

Dr Yeo has been researching about the Universal Characteristic Method of Human Profiling (UCMHP) since 2008. Over the course of 10 years, he has put in over 70,000 hours of research hours to analysed more than 12,000 people across diverse cultures, genders and backgrounds during his development of the UCMHP Technique.