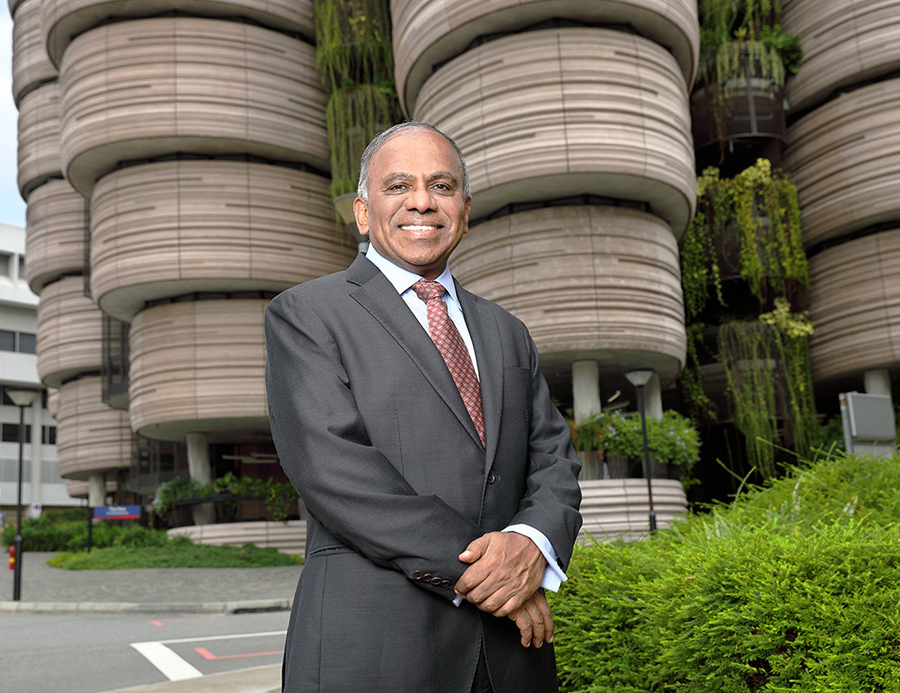 Speeches by the President

Subra Suresh is President and Distinguished University Professor at Nanyang Technological University, Singapore. He has previously served as: Dean of MIT’s School of Engineering and Vannevar Bush Professor of Engineering; Director of the U.S. National Science Foundation, a position to which he was nominated by the President of the United States and unanimously confirmed by the US Senate; and President of Carnegie Mellon University.

President Suresh is an elected member of all three branches of the US National Academies – Engineering, Sciences, and Medicine – as well as the American Academy of Arts and Sciences, and the National Academy of Inventors.  He has also been elected as a foreign member of major science and/or engineering academies in China, France, Germany, India, Spain and Sweden. He has been awarded 18 honorary doctorate degrees from institutions in the USA, UK, China, India, Sweden, Spain, Switzerland, South Korea, Greece and Russia.  He has authored three books, more than 300 research articles and 30 patent applications, and has co-founded a technology startup.  He has been widely recognized for his research into the properties of engineered and biological materials and their implications for human diseases.

Prof Suresh’s recent honors include: the highest election in 2018 as an Honorary Fellow of St. Hugh’s College at Oxford University; the Brown Engineering Leadership Medal from Brown University in 2018; the 2015 Industrial Research Institute Medal; the 2013 Benjamin Franklin Medal in Mechanical Engineering and Materials Science; the 2020 ASME Medal, 2012 Timoshenko Medal and the 2011 Nadai Medal of the American Society of Mechanical Engineers; the 2011 Padma Shri award, one of the highest civilian honours from the President of India; and the 2007 Gold Medal of the Federation of European Materials Societies (the first non-European to receive this highest honor).