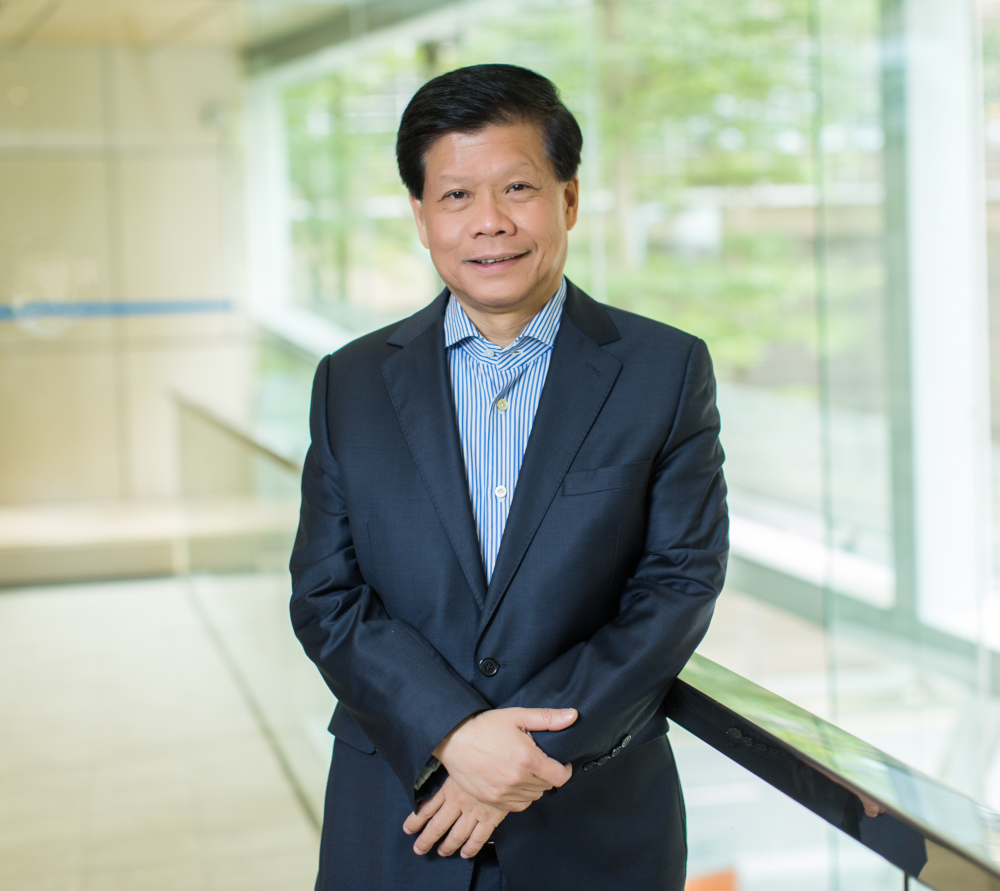 He is a strong proponent of the Triple Helix Framework as well as research and innovation partnerships involving university, industry and public agencies. Together with his colleagues, he drove many of NTU’s collaborations with major industry and academic partners, including the setting up of corporate labs and joint labs on campus with Continental, HP Inc, Singtel, Surbana Jurong as well as the NTU-Alibaba Joint Research Institute and the Sino-Singapore International Joint Research Institute (SSIJRI).

In his previous role as Chief of Staff, he oversaw the operations of the President’s Office. As Associate Provost, he played a strategic role in growing NTU’s graduate and research programmes and spearheaded joint research programmes with top universities globally, including the Technical University of Munich, the University of Cambridge and The Hebrew University of Jerusalem. He has also contributed to NTU’s world-class positioning within the National Research Foundation’s Campus for Research Excellence and Technological Enterprise (CREATE) initiative since 2007.

In addition, he held directorship positions in the then NSTB and A*STAR Holding companies as Director of ETPL Investment and KRDL Holdings. Professor Lam was also the Technical Advisor to the Executive Chairman of ETPL, Programme Advisor for the High Performance Computation Programme of the Singapore-MIT Alliance (SMA) and Deputy Director of SMA. He worked with the MD of A*STAR and Executive Chairman of ETPL to set up the Managing Director Office and ETPL at A*STAR.

In 2017, Professor Lam was awarded the French National Order of the Legion of Honour (Chevalier) for advancing research between Singapore and France. Other accolades include the Honorary Doctorate from the National Academy of Sciences of Ukraine, the Honorary Professorship Diploma award, the highest honour and recognition from Lomonosov Moscow State University, and the Shandong University Honorary Professorship in recognition of his research achievements and the links that he had established with the industry.

In 2018, he received the prestigious President’s Science and Technology Medal, which is awarded to outstanding individuals who have made a distinguished contribution to the development of Singapore through the promotion and management of R&D. He had also received the Singapore Distinguished Service Award from the National Supercomputing Centre Singapore (NSCC Singapore) for his long-term service and contributions to HPC. He was also the first academic to lead a research team to win the national Defence Technology Prize.

He chairs various steering and governance committees, which include the HP-NTU Corporate Lab Governing Board, among others. He obtained his BSc with First Class Honours in Mechanical Engineering from Imperial College London and his Master’s and PhD from the Massachusetts Institute of Technology.